I was a very flamboyant and a lively child. I’d play outside with friends from the start to the end of the day, lost within countless hours. I was 11 years old when I first experienced gender-based discrimination. My school would offer various extra-curricular activities from crafting, sewing, various sports, as well as singing and dancing. Being a fan of soccer I picked it as my extra activity. Our coach would train us for matches with neighboring schools that took place every weekend. Boys and girls would be mixed in this sport, which I believe is fair and unbiased. After months of training with other schools, we had the under-twelve interschool soccer match. Two matches towards the trophy. Our coach would normally pick teams for us with a fair number of girls to a fair number of boys. We had girls who were great at the sport and undoubtedly the best on the team, but the trophy was different. Team selections had begun. The final team consisted of 7 members, 5 boys, and 2 extras, girls, including me. We arrived at the school stadium, the 10 of us who had been getting trained for so long and helped win the previous matches, ready and geared up.

Within no time, the opposing team had made 2 goals already and the coach started to panic. It was halftime soon, with a score of zero from our side. This meant one of the girls was up. But to my surprise, the coach sent forward another boy from the team. As being the subs/extras the two of us told the coach that we were meant to be up. But his reply was “Girls won’t be playing today. Let’s watch the boys. They are much stronger and much faster.” I got infuriated and nearly left the stadium. After losing the match, I went home and told my mother everything that happened, and she would console me. Many matches came along, 11 matches and girls were still not allowed to play. This wasn’t a coincidence. We were told to stay away from the field for being ‘a girl’ or not being ‘strong enough’. Girls started to drop out of soccer, they moved to something indoors like the art class. Apparently, that’s where we belonged. Indoors. Boys who liked art started leaving the class to join sports and girls who did sports started to come indoors. All this, only to avoid being mocked for “being in the wrong place” for their respective genders. Simply because of their genders. 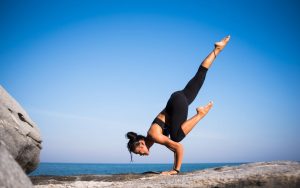 If something so small like a school soccer team selection made me so angry, imagine the anger that has been bottled up inside me after years of reading articles and the news every single day, reading about so many women in the world that are still oppressed due to some men believing that they are the greater gender.

Somehow men think that showing emotions or feelings is a sign of weakness. They choose to act tough and insensitive. And women are told to stay quiet, stay indoors and act “lady-like”. Men only control because women let them. If every woman stands up for herself, then men won’t be able to control.

And many of us, whether or not we admit it, believe that men are much stronger. Most men may be physically stronger than many women but trust me, no man will ever fathom the pain of giving birth or the strength and courage it takes to do it. They would not exist if it weren’t for their mothers. The threshold of human body pain is 45 dels but a woman giving birth has to go through 57 dels of pain. If that’s not heroic, I don’t know what is. And that takes away everything. Women are mocked for being sensitive. But I believe it’s a compliment. It’s far better to be sensitive than not caring at all. I am not saying that men aren’t sensitive. The only difference is that men don’t show their feelings. They think, revealing their emotions is a sign of weakness. Their ego always comes before their feelings. I am also not saying that all men are the same. Because they’re not.

Feminism originally stood for gender equality. These days it is often mistaken for man-hating and being aggressive and bold as a woman. I was never a “man-hater”. I’ve always only wanted equality. And we all do. Feminism stands for equality. And I am a feminist.

8 thoughts on “Because I was a girl”